Home > Question & Answer > Why does my cat have a runny nose and discharge in his eyes? 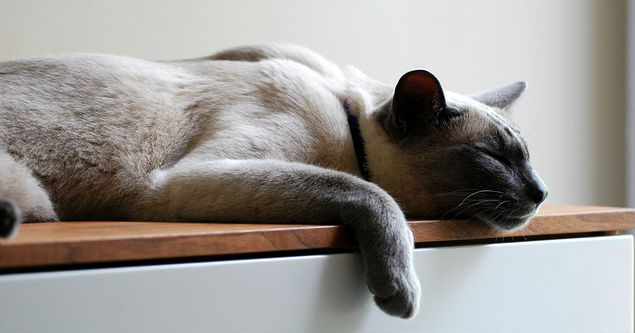 Why does my cat have a runny nose and discharge in his eyes?

Original Question: My cat is sneezing, has a runny nose and stuff in his eyes. What can I do from home to help him? He has been doing this since he was attacked by a Pitbull. He had no bad injuries other than a problem with his toenail that was ripped but that was about 1 week ago and the sneezing and runny nose and the stuff in his eyes started about 3 days ago. - Shelley

Those signs of disease that are going on, they don’t sound like a typical post-fight injury or any kind of problem that would happen as a result of being attacked by a Pitbull. Obviously getting checked over by your vet is very important after any kind of trauma like that. Certainly dogs can do a huge amount of damage to cats and I imagine that your cat was checked over or at least I hope it was. Now what these signs do sound typical of is a respiratory disease, so a disease of the upper airway and so the nose and that can often be caused by stress.

So stress can often flare up these viral diseases. So we have a couple of flu viruses which are typical in cats and very common called herpes virus, which is the same as what causes cold sores in humans or the same family of viruses that causes cold sores in humans and also calicivirus is another one. They can be present in a normal, healthy individual and they will flare up at times of stress. If it’s only mild disease, then they can be fairly self-limiting, meaning that they will get better by themselves without any particular treatments. We need to keep the eyes clear, we need to try and remove any discharge from the nose but yet very often as the stress dies away, if we can avoid any more fights, then likely the disease will resolve itself.

Now we sometimes need other medications, so that might include something like lysine supplementation, it could be eye medication in case there’s any ulcers developing, and we can need antibiotics sometimes for any secondary infections. So sometimes the bacteria that are normally present in these areas will take advantage of the inflammation and the damage that the viruses are causing and need antibiotics to control those.

We may also need to give warm, strong smelling food to make sure that our cats continue eating. A cat with a completely blocked nose, often finds it hard to eat or they don’t have an appetite because they rely on their sense of smell so much for their appetite and therefore they go off their food a little bit. Putting them in a steamy room can also help to mobilize that mucus and any build-up that’s happening in their nose. Again, just to clear their nose.

If the diseases are affecting a cats general demeanour or it’s getting worse or it’s not going away, then you would need to consult with your vet even if it’s something that you’ve dealt with time again. If they’ve had a similar problem in the past, if they’re getting worse, if it’s not going away, then talking to your vet and getting them checked over to make sure that there aren’t any other injuries or other diseases is going to be very important.

Article Name
Why does my cat have a runny nose and discharge in his eyes?
Description
So stress can often flare up these viral diseases. So we have a couple of flu viruses which are typical in cats and very common called herpes virus, which is the same as what causes cold sores in humans or the same family of viruses that causes cold sores in humans and also calicivirus is another one.
Author
Dr. Alex Avery, BVSc
Publisher Name
Healthcare for Pets
Publisher Logo