Home > Question & Answer > My dog has a growth on his ear flap. Does it have to be removed? 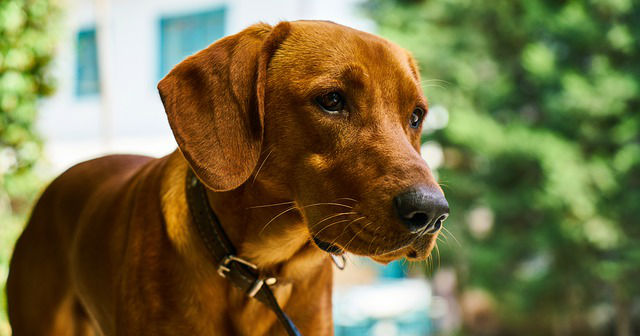 My dog has a growth on his ear flap. Does it have to be removed?

Original Question: Tucker has a wart like cyst on the outer flap of his ear - about 3 mm across and round. It’s clean and does not appear to be infected. How do I remove it? - Stuart

Really only a qualified veterinarian can perform an act of surgery on an animal and that’s a legal requirement so I certainly wouldn’t encourage you to remove what you’re seeing on your dog.

Now whether this mass needs removing or not is the next question. Different types of masses need to be approached differently. So these would be skin tags or sebaceous cysts, which are benign lumps and benign means that although they’re growing in that local area, they’re not going to spread to other parts of the body and cause problems elsewhere. Other examples in this category would include lipomas, which is a very common lump in dogs that we get generally under the skin in larger breeds and especially overweight dogs. Keep in mind these can all be safely left if they’re not causing a problem. Malignant tumors can be really invasive locally and cause problems if they ulcerate or spread to other parts of the body. This is typically in the lungs but it can also be in the liver and kidneys and we can also get secondary tumors forming elsewhere in the body. So these tumors ideally need to be removed and with a really wide margin meaning that the incision is quite a long way outside of what the obvious tumor looks like just to try and make sure that the mass is completely removed.

So how do we know if a tumor is a benign lump or if it has the potential to spread? Well, ideally all masses or lumps that are larger than the size of a pea or that have been present for longer than a month should really be checked out by your vet. Now the quickest way to check that, for example in the case of a skin tag or a cyst, is to do something called a fine needle aspirate or an FNA. And what happens here is that we take a small, thin needle and insert that into the mass. We then try and take a few cells from the mass into the needle, which we then pop onto a slide and look at under a microscope. It’s a really well-tolerated test and in the vast majority of cases, we don’t need to do any sedation or worry about local anaesthetic. A dog and a cat, they just won’t really notice that the test is being carried out. Now in some cases, for example, if a mass was really close to an eye, a dog was really sensitive or if a mass was really sore then it might be best to sedate them to carry out a fine needle aspirate or an FNA or take a further biopsy. Overall it’s a really easy, simple and cheap test that we can do to see whether a lump is benign or malignant. Now, it doesn’t always give an absolute definitive diagnosis, meaning that we don’t always get a specific answer and the reason for that is because we’re taking a really small number of cells, it might be that we’re actually missing the main problem area within that lump. For example, we could have taken dead cells from within the middle of a tumor, which sometimes can happen. We might need to take some samples of the lymph nodes just to check to make sure that the mass hasn’t spread. Once we’ve got a proper diagnosis of the problem, we can then move on to planning whether or nor surgery is needed.

Now in the case of Tucker that has kind of a wart-like cyst on the outer flap of his ear, there’s no way that anyone can say whether it is a benign lump or not without having actually looked at it. I recommend that you see your veterinarian and they may take a look at it and determine that it’s just a skin tag and can be left alone if it’s not growing or causing any problems.

Article Name
My dog has a growth on his ear flap. Does it have to be removed?
Description
Different types of masses need to be approached differently. So these would be skin tags or sebaceous cysts, which are benign lumps and benign means that although they're growing in that local area, they're not going to spread to other parts of the body and cause problems elsewhere.
Author
Dr. Alex Avery, BVSc
Publisher Name
Healthcare for Pets
Publisher Logo