Are flea and tick medications safe for dogs?

Original Question: Given the warning in September 2018 by the FDA regarding Nexgard, etc., which indicate potential negative side effects, which product would you recommend for Bella who also has Chiari malformation (CM) and syringomyelia (SM). Thank you and continued success. - Renee 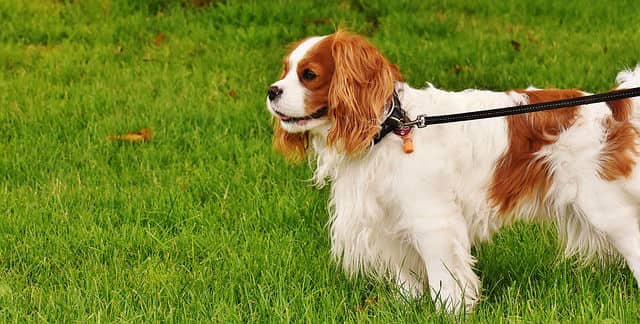 So let’s start off with the fact that the FDA released a memo about the isoxazoline class of drugs and that includes products like Nexgard but also Bravecto, Simparica and Credelio. They fall under that isoxazoline class of drug and these drugs are used to treat and prevent flea infestations and also to kill ticks. When they were first released, the recognized side effects really were diarrhea, vomiting, drooling and inapppetence but over time it’s become apparent that there are very rare instances of muscle tremors, wobbliness and even seizures in dogs taking these drugs. The incidence is very low so it’s important not to over exaggerate that but it doesn’t always include dogs that have had a previous history of seizures. So if a dog who’s had seizures before, you might expect them to be more effective. Some dogs have actually had seizures who haven’t had a history of them in their past. I think potentially we shouldn’t be using these classes of drug in dogs with epilepsy and probably it’s a good idea to be cautious if there is a history of seizures or if there’s felt to be a high risk of a dog developing seizures over and above what that normal risk was would be.

Now this FDA alert was really to publicize the potential risks of these drugs rather than to report previously unknown potential side effects.

So it’s been known that these classes of drugs can cause neurological signs, but really they are still considered safe and they’re still considered an effective treatment because the risk of this is very low. Any drug that we give has the potential to cause side effects. We shouldn’t lose focus of the fact of why we’re giving these drugs in the first place. That said, there are plenty of other flea prevention and treatment products out there that are very effective such as some collars. They will all come with their own risk of side effects much like these isoxazoline drugs though the risk is very small. So there are other drugs that are licensed to kill ticks and to prevent ticks from biting and feeding but really in my experience, they’re not nearly as effective or as rapid in their ability to kill ticks as either the Seresto collar so long as that’s applied properly and it’s renewed when it needs to be renewed. I think isoxazolines have been revolutionary in our ability to prevent tick bites and to kill ticks much more rapidly and much more effectively and reliably and so prevent tick-borne disease.

Now the best product to use for any individual dog really depends on the local risk of parasites and the diseases that they can potentially carry, which are present in some areas but not others.

The bottom line is that the isoxazoline class of drugs are very effective drugs. They do a very good job of both preventing flea infestations, treating flea infestations and killing ticks. They do a much better job than the vast majority of other tick products out there and although there is a risk of developing tremors and even seizures the risk is very low, something like less than 1 in 10,000 dogs will experience this and it’s likely to be much lower.

So while we need to bear all of these things in mind and if your dog is epileptic, we should definitely be cautious but we don’t want to over exaggerate the risks when there are potential benefits and when we’re using them to prevent diseases like Lyme disease, which are potentially fatal.

Article Name
Are flea and tick medication safe for dogs?
Description
So let's start off with the fact that the FDA released a memo about the isoxazoline class of drugs and that includes products like Nexgard but also Bravecto, Simparica and Credelio. They fall under that isoxazoline class of drug and these drugs are used to treat and prevent flea infestations and also to kill ticks.
Author
Dr. Alex Avery, BVSc
Publisher Name
Healthcare for Pets
Publisher Logo