The Yellow Dog Project: Making the World Safer for Pets and Owners 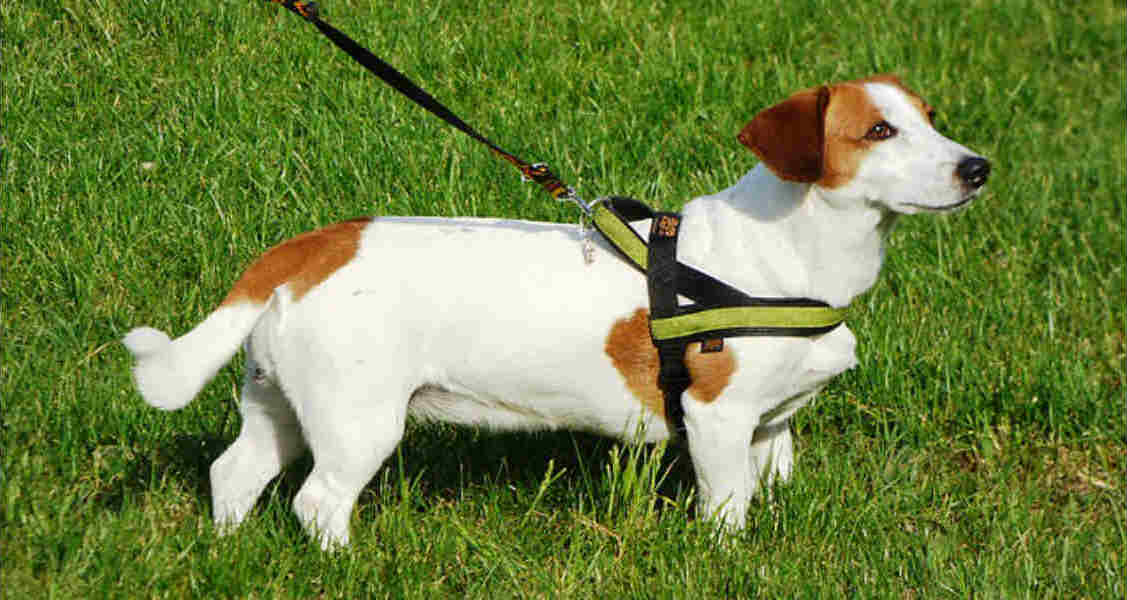 As a Canadian dog trainer, Tara Palardy saw that many people don’t realize when they might be upsetting a dog and consequently putting themselves and their own pets in danger. She started the Yellow Dog Project out of concern for people and dogs who could find themselves in situations that could result in a dog bite.

Palardy believes strongly that people need to realize that not all dogs want attention from strangers, and not all dogs react well to such attention.

People are just trying to be friendly but sometimes the gesture is an intrusion on a dog who is not comfortable with it. Palardy’s suggestion? If your dog doesn’t do well when people come up to say hello or to pet him, put a yellow ribbon on your dog’s collar.

The idea is so simple, it’s downright beautiful. If you see a dog with a yellow ribbon on its collar, take the hint and steer clear. The dog isn’t necessarily mean or dangerous in a familiar setting. The dog may be shy or ill. Maybe he’s had bad experiences with other people or other dogs and is afraid.

Not All Dogs Want to Be Approached

It’s important for people to realize that not all dogs want to be greeted or petted by strangers. And sometimes being too friendly too quickly can lead to a dangerous situation.

A dog who feels like he’s being pushed into an unwanted situation may decide it’s time to fight his way out. This can be the case even with a dog who might be considered shy or timid.

Protecting Your Dog and Others

For a dog who is less than secure, having unfamiliar people and animals charging over with noisy greetings and touching them is not a pleasant experience.

What can you as a pet owner do to protect your dog as well as other people and their pets? Your dog may be shy but you can’t afford to be. If you see someone coming with their dog to greet your pet, speak up and let them know immediately that your dog is not open to this friendliness.

Even when someone puts their hand out to be sniffed, for some dogs this can seem like aggression or at the very least, an invasion of their personal space. The friendly strangers may get a nip, or worse, for their overtures.

Do not approach a dog without first getting the owner’s permission. If the dog wants to sniff you, be as non-threatening as you can. Stand still with your hands limp at your sides. Look away from the dog.

Get down on the dog’s level. Don’t bend over him. Don’t put your face near the dog’s, and don’t hug him. Don’t reach up to pet the dog’s head. Rub its chest or scratch its chin instead.

If a dog seems upset or shy, actively ignore him. Don’t try to persuade or bribe, these actions can be construed as an intrusion on the dog’s precious personal space.

How to Calm an Anxious Dog

You’re less intimidating if you move slowly and don’t approach head-on. Don’t make eye contact. If you can offer treats and if the dog will take them, that’s all to the good. Toss any treats from a distance to begin with.

Keep your voice soft and calm. If you do pet the dog, do it slowly and gently to help keep their anxiety levels down.

If the dog’s owner is being polite, but you’re getting contradictory messages from the dog, believe the dog and back off.

Signs That a Dog Doesn’t Want to Be Approached

Do not assume that the dog is as delighted as you are at the prospect of a greeting. Observe the animal first. Look for indications as to whether the dog is comfortable or not. If he’s not comfortable, leave him alone.

If a dog’s ears are low or pulled back, or the whites of his eyes are showing, he may be afraid. If his body posture is low or stiff, you may be seeing signs of fearfulness.

If a dog has turned toward your outreached hand and then frozen in position, you may be looking at a dog who is ready to bite.

Bared teeth, barking or growling are more obvious indicators that something is strongly amiss. If the dog lunges, you have definitely overstepped your bounds.

Your dog may have been giving you hints and warnings for some time. If you didn’t recognize what these behaviors meant though, your dog has not been getting any relief from uncomfortable situations and in the next one, he might just give up and bite somebody.

It can come as a surprise to some folks, but generally, those who rush to greet dogs are kindhearted people. They certainly don’t want to cause grief. Once they see that they might actually be making the dog uncomfortable, they’re more than willing to change their ways. A yellow ribbon just might be a highly visible way to increase that awareness amongst dog lovers.

The Yellow Dog Project is a nonprofit organization. To find out more, go to the website www.theyellowdogproject.com/  or its Facebook group https://www.facebook.com/TheYellowDogProject/.

Article Name
The Yellow Dog Project: Making the World Safer for Pets and Owners
Description
The Yellow Dog Project was started out of concern for people and dogs who could find themselves in situations that could result in a dog bite. Not all dogs want attention from strangers, and not all dogs react well to such attention.
Author
Jody Smith
Publisher Name
Healthcare for Pets
Publisher Logo