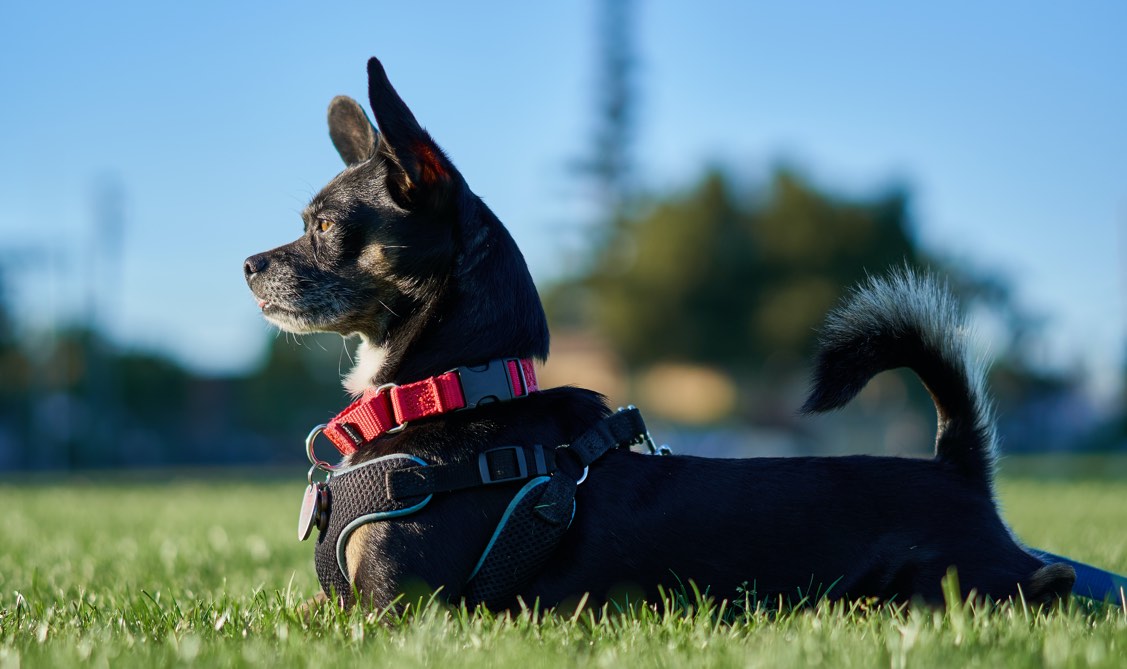 Wouldn’t it be great to have the ability to keep tabs on your pet’s health at all times by monitoring their vital signs, such as heart and breathing rates—kind of like a Fitbit, but for animals? The problem with such devices is that they typically have to be worn against bare skin in order to collect reliable data.

But now researchers from Imperial College London have developed a new “fur-friendly” sensor, made from a “highly flexible, stretchable, and mechanically robust low-cost soft composite.” Instead of optoelectronic sensors, it uses water and hydrogels with silicone polymers to monitor heart and respiratory patterns through the body’s acoustic waves. A study published in Advanced Functional Materials in February proved that it is effective over multiple layers of clothing and the skin of furry animals, thus providing an “unobtrusive alternative to current health monitors for human and animal care at a lower cost.”

The data collected by Imperial’s sensor could be synced with a mobile device and plugged into algorithms to help veterinarians and owners detect any illnesses or changes in a pet’s health. In addition, vets would be able to monitor animals during surgery without having to shave them.

“In modern global healthcare, both for humans and animals, wearable devices are expected to play a major role for remote and continuous monitoring of health and the early detection of diseases,” wrote the authors of the study.

Indeed, more people today are taking an active role in their personal health through wearable devices, as the cost of healthcare increases and access decreases. According to a Pew Research Center survey, roughly one in five Americans own a smartwatch or fitness tracker. It only makes sense that the next step would be the pet healthcare industry.

Research
News
DON’T MISS OUT!
Subscribe To Our Newsletter
Be the first to get the latest pet health news and exclusive content straight to your inbox.
Give it a try, you can unsubscribe anytime.